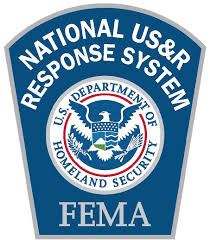 The National Urban Search & Rescue (US&R) Response System is a framework for organizing federal, state, and local partner emergency response teams as an integrated federal disaster response task forces. The System’s 28 US&R task forces can be deployed by FEMA to a disaster area to provide assistance in structural collapse rescue, or they may be pre-positioned when a major disaster threatens a community.

Ohio Task Force 1 is one of the nation's 28 US&R teams. Ohio Task Force 1 is based in Dayton Ohio. OH-TF1 proudly serves our state and nation as one of its top Urban Search and Rescue teams. Since 2000, the Barberton Fire Department has had personnel become members of OHTF-1. Our personnel have deployed to multiple disasters: